Wasco State Prison houses over 5,000 inmates in Wasco, CA. This guide discusses Wasco basics as well as methods that inmates use to try to reduce their sentences.

Wasco State Prison is a medium custody facility for 1,000 inmates, as well as a 4,580-bed reception center. Reception centers are facilities that receive inmates for the California Department of Corrections & Rehabilitation (CDCR) to thoroughly review their background, mental health, and physical health to determine the most appropriate facility for their needs.

If you wish to mail your loved one a letter at Wasco State Prison, you will need to use a different mailing address based on where they are housed in the facility (see below).
If you wish to contact the facility, the main phone number is (661) 758-8400. This phone number will not let you reach an inmate. You cannot call your loved one, though you can receive outgoing collect calls from them.

If you wish to visit a relative or friend at Wasco State Prison, you should ask them to send you CDCR Form 106. You need this form, signed by the inmate, to complete and send to the CDCR. It is your application to be able to visit your loved one. The CDCR will review the completed application, conduct a background check, and approve or deny you the privilege of visiting. If you are denied, depending on the reason, you may be able to correct the issue and have your application approved.

Once you are approved by the CDCR to visit that individual, then you may schedule a visit through the Visitor Processing Appointment Scheduling System, known as VPASS. You will need to create an online account.

Visiting hours at Wasco State Prison are Saturdays and Sundays 8 a.m. to 3 p.m. and on certain holidays. To visit your loved one at your scheduled time, you must have a valid and current form of identification. If you are bringing a minor to visit your loved one, you will need a certified copy of their birth certificate. If you are the child’s legal guardian, you must bring proof of your lawful guardianship, and if you are neither the child’s parent nor their legal guardian, then you must have a notarized written consent authorization form signed by the minor’s parent or guardian.

When your loved one is incarcerated at Wasco State Prison, you can send them letters as long as you know their full name, inmate ID number, and the facility in which they are housed.

While you can send letters to your loved one, you are not free to send whatever type of packages you want. You can only send quarterly or religious packages from private vendors authorized by the CDCR.

Additionally, if you wish to send money to your loved one currently incarcerated at Wasco State Prison, you may be able to use a lockbox service (sending a check or money order), an electronic funds transfer (using credit or debit card), or mail funds directly to the facility in the form of a check or money order made out to the inmate.

Reducing the Sentence of a Wasco State Prison Inmate

Prison inmates are often unaware of the possible ways to reduce a sentence and get released early from prison. 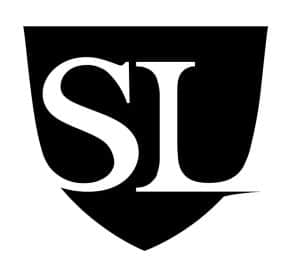 Spolin Law P.C. helps inmates throughout California. The firm gives individual case assessments for Wasco inmates. We can be reached at (310) 424-5816.

The categories of sentence reductions are discussed below. The law-based methods are then explained in more detail in the following section, called Appeals, Writs, and Applications to Overturn Convictions.

To learn more about these broad categories of sentence reductions, or to receive an individual assessment of a Wasco inmate’s case, contact one of the attorneys at Spolin Law at (310) 424-5816.

Wasco State Prison inmates are eligible for various types of post-conviction relief, depending of the facts of their cases. The award-winning criminal appeals attorneys at Spolin Law typically consider the options listed below for clients at Wasco. If you’d like a more detailed explanation of the various options, you can call one of the attorneys at the firm at (310) 424-5816.

The likelihood of success for post-conviction relief varies greatly, ranging from extremely unlikely methods (e.g., writ of error coram nobis) to methods that regularly result in life sentences being overturned throughout California (e.g., SB 1437). The likelihood for any given client completely depends on the facts of his or her case.
Top Strategies Available to Wasco Inmates:

These strategies are available to certain Wasco State Prison inmates whose cases warrants the below relief.

For an individualized case assessment for a Wasco State Prison inmate, call one of the attorneys at Spolin Law at (310) 424-5816.

Learn from the Award-Winning Attorneys at Spolin Law P.C.

The firm’s record of success is largely based on: Spolin Law’s success is based on the award-winning attorneys at the firm. Read more at the firm’s Awards & Media page.

To learn more about the options that might apply to someone you know at Wasco State Prison, call an attorney at Spolin Law. We answer the phones live every day of the week, 5am-9pm Monday-Friday, and 6am-6pm Saturday and Sunday. (310) 424-5816.